In this blog post, I’d like to demonstrate how you can easily wrap an OS X App for Distribution via System Center Configuration Manager. The Wrapped App can later be deployed as an Application to managed Mac Devices.

For the Wrapping you need a Windows device to install the Mac Client Installer and a Mac Device to perform the actual Wrapping.

CMAppUtil, which we use for the Wrapping-Process, is part of the ConfigMgr Mac Client. The Mac Client can be found on Microsoft Download as part of the Clients for Additional Operating Systems. 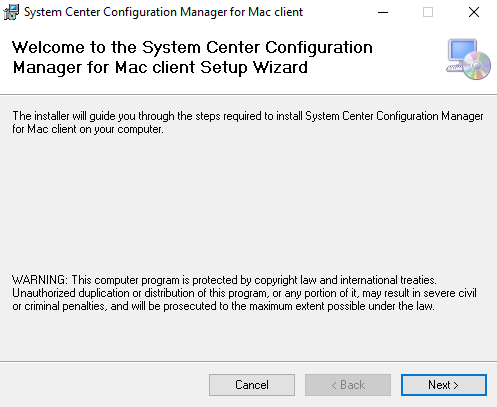 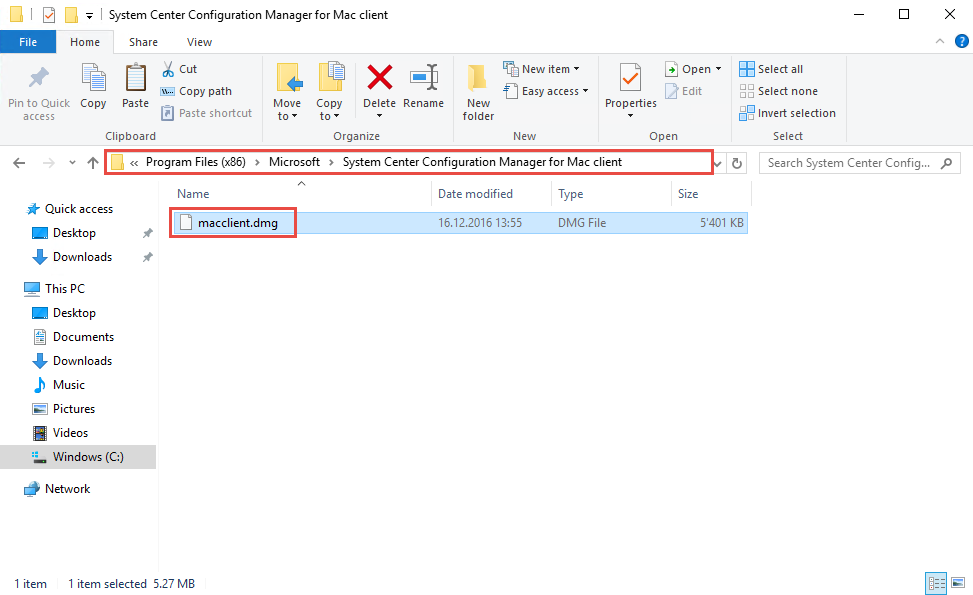 Copy the installed dmg file to a Mac OS X Device. The file is located at: 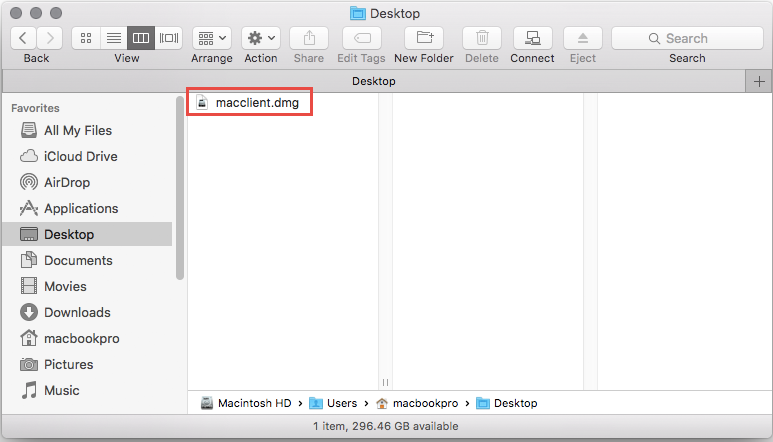 Open macclient.dmg on the Mac. 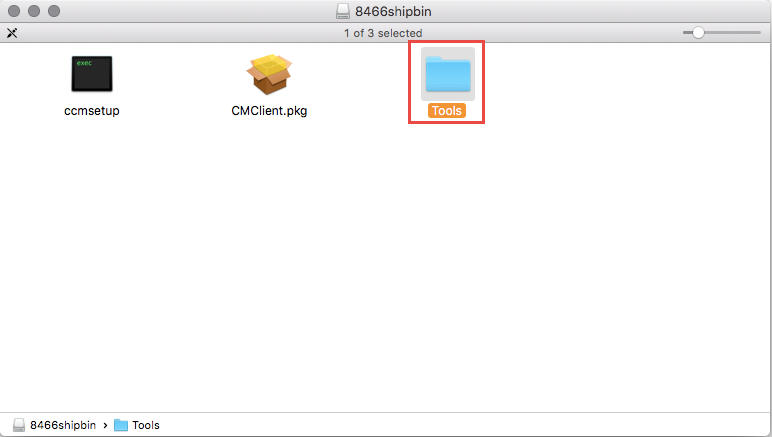 Copy the Tools folder to a place on the Mac. I use the Desktop for this example.

In this Example, we will wrap Google Chrome and Citrix Receiver. Whichever App you are going to wrap, CMAppUtil supports the following formats: 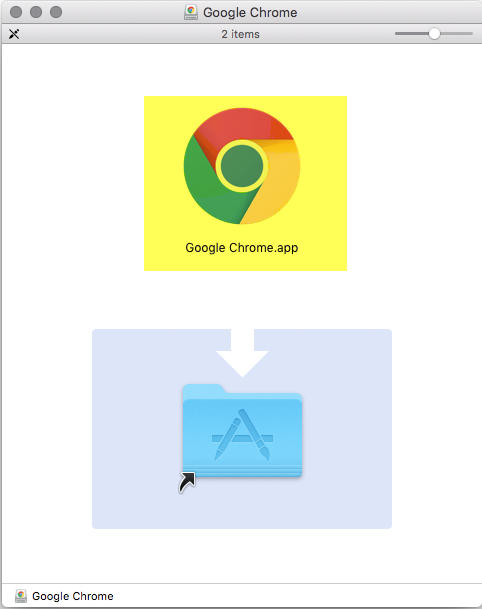 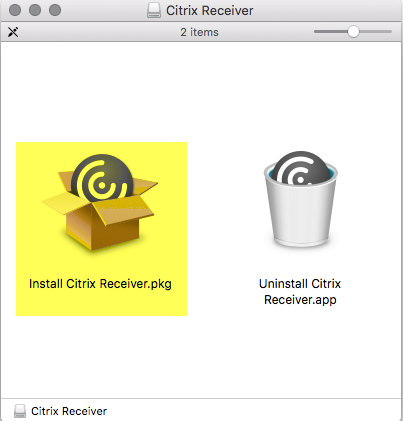 As you see the Installers for the two Applications that I choose look a bit different. Google Chrome is a native App (.app) which can just be put into the Applications Folder. Citrix Receiver however is an Installer (.pkg). 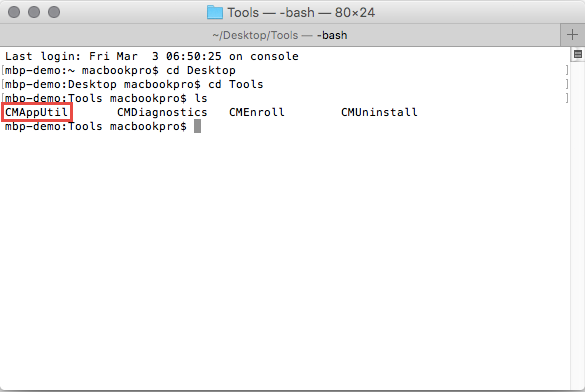 Open Terminal on the Mac and navigate into the Tools folder where CMAppUtil is located. You can use ‘cd’ to change directories and ‘ls’ to list the content of the present directory. 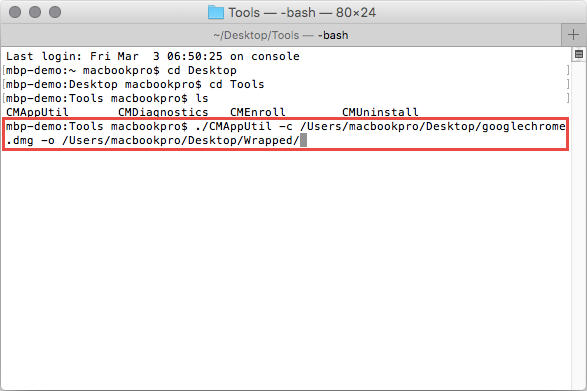 Use the following Command to start the Wrapping process. Adjust the Path if neededs. 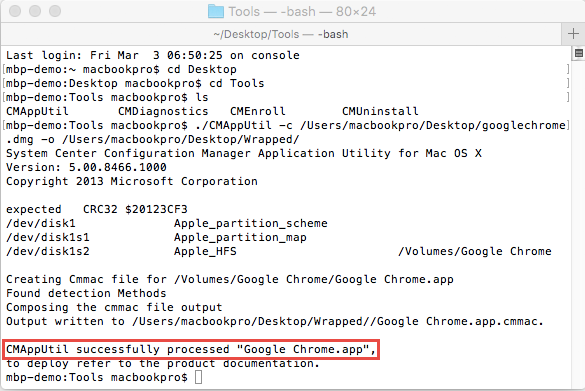 After a short while, the Wrapping Process should complete with the above message. If the dmg file is opened during the wrapping, ignore it. 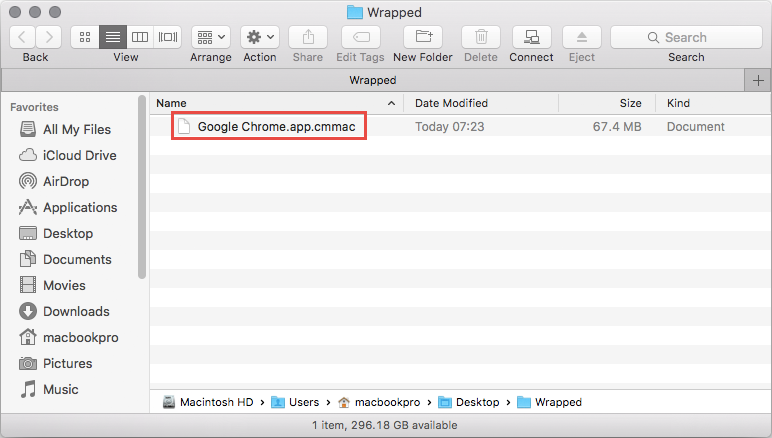 Your app should now be available in the specified Output Directory in the .cmmac format, as on the screen above. If CMAppUtil should fail, you can use the Parameter “-s” to create the cmmac with an empty detection method. 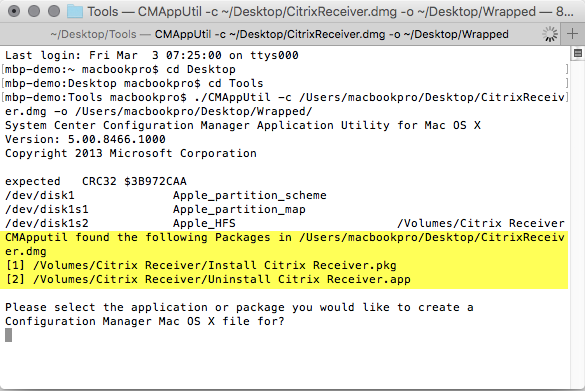 The Process of wrapping a .pkg file is exactly the same as in the example above. However, here we have the situation, that the specified .dmg has two executables in it. CMAppUtil will pause the wrapping and ask, you as seen above, to choose the correct installer. In this example 1.

You can use the parameter “-a” to convert all packages inside the .dmg file without getting the prompt below. 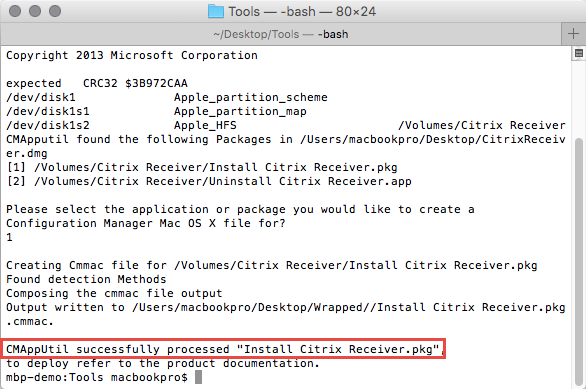 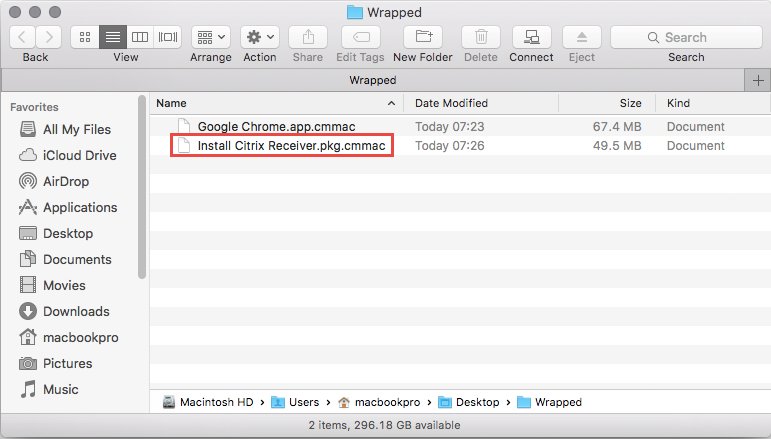 After a short while, the Wrapping should complete, leaving you with another .cmmac file in the Output Directory.

At last, let’s have a closer look to what CMAppUtil has exactly done with the wrapped Application.

The .cmaac is an Archive File which can be opened an extract on any Windows or Mac Device. 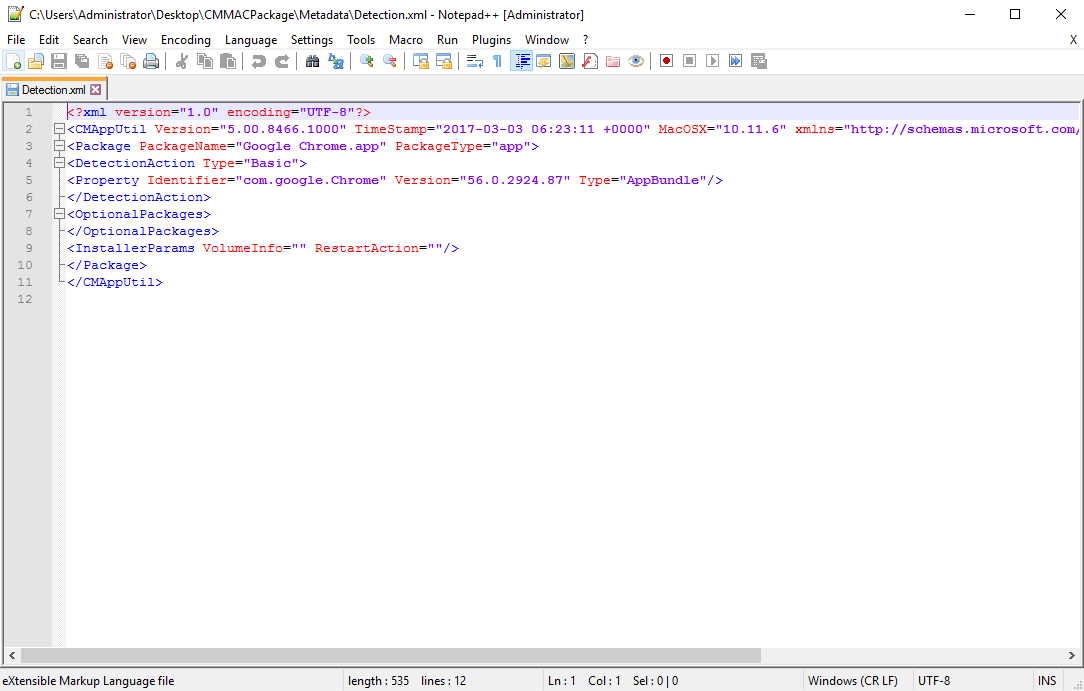 The Detection.xml contains, as the name implies, the Detection Method which is mandatory for creating an Application in ConfigMgr. It also contains some basic Installation Parameter as where to install the Application. Those Settings are automatically being used when importing the .cmmac file into ConfigMgr

The next blog post will be on how to create an Application within ConfigMgr and deploy this Application to a Mac, which has the Parallels Mac Management Agent installed.

Update: Thanks to Vigneshwaran for the feedback regarding the CMAppUtil Parameters.